The upcoming release of Drupal that having the most adaptable & customizable features, which is Drupal 8. The page markup of Drupal 8 is now based on HTML5.

The upcoming release of Drupal that having the most adaptable & customizable features, which is Drupal 8, offers a number of advanced methods to customize pages, data listing, and structure together to empower new amenities of presenting data on mobile devices. The four expected features of drupal 8 consists of various characteristics. 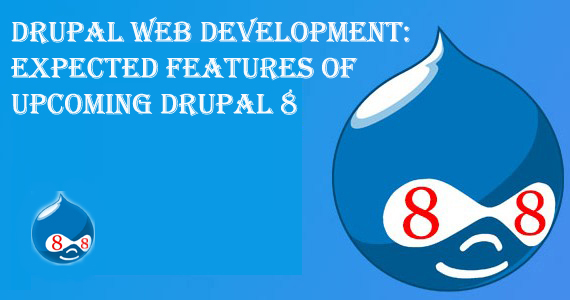 An overview of all the features and capabilities of Drupal web development is explained below:

There are five characteristics of adaptable that include mobile-friendly, improved markup, more accessible, and built-in web services. All the built-in themes of Drupal 8 are responsive along with the new toolbar that is mobile-friendly from the very beginning. The page markup of Drupal 8 is now based on HTML5. Elements and classes are properly simplified in each of the output templates. Not only this, there is improved support for accessibility due to the incorporation of WAI-ARIA standards. Also, the state-of-the-art hypertext application language is implemented by Drupal 8.

Stepping Off Our Islands

It is the next important feature of Drupal development that is comprised of assorted characteristics that are jotted down below:

Another substantial feature of Drupal 8 is customizable that includes field power where signature content structuring system is extended by Drupal 8, which is done by adding more field types in core and allow you to attach fields to more types of content. Customization of pages is done with views, which are built into core and is strongly integrated. The front page listing is now a view like other administration pages. The content editing is highly improved with a new content editing form that is redesigned with two columns.

Transportation of configuration changes like fields, types, or views from development to production is pretty much easy in Drupal 8 together with the display variants, which have become much more powerful than Drupal 7.

Other Great Advancements In Drupal 8

All of the above-mentioned features are implemented in Drupal web development, which seems quite interesting to read about it. But, until and unless all the bugs are fixed it will not be released. As it moves to completion, we will have a better idea as when it will be released.