CSS mechanisms are use as ideal option to well organized the whole process of web development. 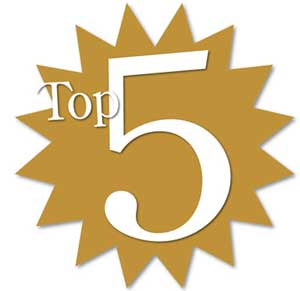 Now-a-days, over World Wide Web every hour a website came into existence. This rapid fast growth in the field of web development left web developers in inescapable situation. These days, most of the web programmers are opting Cascading Style Sheets as a tool for design highly efficient and well structured web pages of a site. By relying upon CSS framework is really good decision as it deliver high quality outputs by consuming less time. In fact, CSS mechanisms are considered ideal option to streamline the whole process of web development.

Below, five well implemented CSS solutions are discussed. Check out these interesting CSS tools in order to get well semantic web pages:

Wufoo is another important tool holds strong position in the process of web development. We all know that designing accessible and balanced forms is considered quite challenging step in the entire of designing web pages for a site. No more. Thanks to Wufoo. This one-of-its-kind tool automates the overall designing process by simply providing a web-based HTML form builder which can be most commonly used for creating highly professional and appealing XHTML as well as CSS based forms.

Blueprint is the first CSS tool under web development. In the mark-up language Cascading Style Sheet (CSS) framework – the Blueprint plays very significant role. It most commonly used for to automate various tasks a web developer need to perform for every new project on regular basis such as configuration of CSS styles in order to remove cross-browser discrepancies; defining print-specific styles and last but the least devising right approach for creating grid-based layout of web page.

The most noteworthy part about Blueprint is that its capabilities are extensible via plug-ins which means a web developer can use plugin named Silksprite in order to integrate most popular icon Silk or already built-in Fancy type plugin for intensify font and layout capabilities.

The Blueprint characteristic of CSS is highly popular for its layout strategy means defining a layout of 960 pixels in size into 24 broken distinct columns. A web programmer has to define DIV containing class name span-5 into mainly five distinct columns each at 40 pixels in order to determine particular column of 200 pixels. In other words, a 960-pixel layout need to broken into three different columns.

CSS Tidy is an interesting approach which mainly claims for regular compression ratio of around 30 percent or more thanks to syntactic cleanup and whitespace removal.

There are various declarative languages through which a web developer can construct error free valid CSS syntax. Let’s take the example of below mentioned two declarations. Both declarations are identical in nature.

These types of flexibilities mainly result in inefficiencies and notably unnecessary code bloat which ultimately turns in extra consumption of bandwidth and under deadline pressure. Don’t worry. With the emergence of advanced CSSTidy a web developer need not to scare from such problems. By using this fantabulous tool, a web coder can easily optimize CSS code by simply converting former declaration into latter. In addition to that, it can even capable to remove last semicolon present in each declarative block (a common syntactical oversight).

Clean CSS is one of the highly appreciated online tools well used for searching CSS selector mostly in giant size CSS based file. With the help of this advanced technique, a web developer can enhance the navigation by simply sorting the properties of selector alphabetically. Since, sorting and maintaining the properties of CSS selector manually is not an easy task and therefore Clean CSS is used for the same. In addition to that, a web programmer can even use Clean CSS for the purpose of sorting selectors but a web developer should never forget that selector ordering through Clean CSS problematical as it can change the intended behavior. Therefore, a web coder should practice the same as per its elements which are subject to affect.

There are distinct e-mail clients who mainly strip-out external style sheets. This is because of the simple reason that they used to prefer code CSS inline. What inline coding is about? Well, inline coding is used to manage the CSS but externally. Before sending HTML email, CSS inliner converts CSS code for inline use. However, MailChimp- a well known mailing list manager released Automatic CSS Inliner Tool – an advanced tool mainly used to automate inline conversation process. A web developer required to paste his HTML code into web-based interface for the same and rest of the work will be taken care by smart MailChimp’s tool – Automatic CSS Inliner.

you can visit https://www.csschopper.com/ to get more related article and blog stuffs.

Why Should Every eCommerce Business Consider Using Magento?
Top 5 CMS Platforms For Your Next Web Development Project
Top 10 Node.js Frameworks: Which One You Should Select?