Prime Reasons Why AngularJS Must Be Your Preferred Choice

As pr web development trends, AngularJS framework is crossing ladders of success due to its' exciting features and tons of benefits. Contact us for AngularJS web app development services. 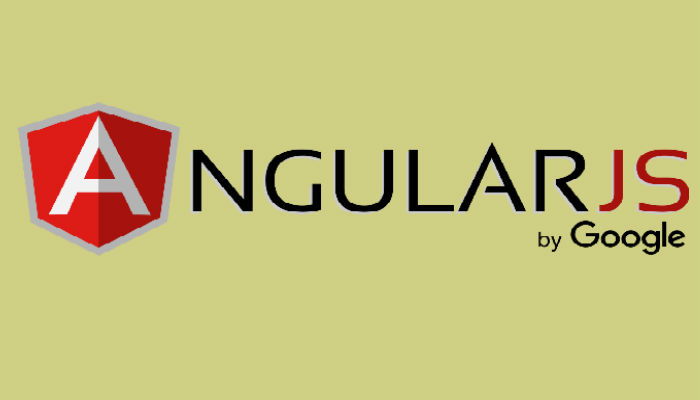 In this advanced era of technology, AngularJS is the most preferred framework. So, this makes it easy for users to create interactive components of a website. In addition, it is a full-featured JavaScript framework that enhances its efficiency and simplicity. The major area of interest of AngularJS is to create dynamic single-page apps. These apps support MVC (Model View Controller) as a basic programming structure.

AngularJS is popular and its advantages are endless. This makes AngularJS a full-fledged platform to work.

How AngularJS Has Grown

Since inception of AngularJS in 2009 (by Google), jQuery was the favorite name for many developers. jQuery became conventional over time with its proactive use and at this point of time, AngularJS can be beautifully applied. The reasons are- fast progress, rapid growth and winning raving clients. As AngularJS is backed by Google, you rest assured of regular updates and enhanced performance along with getting support from a large open community.

The above graph can depict how the AngularJS has grown progressively during its journey.

This framework offers several benefits that are due to the multitude of features that it possesses.

Let’s check some of them-

Angular makes the use of HTML to define an app’s user interface. HTML is a declarative language that is intuitive in nature with less complexities as compared to when interface is defined procedurally in JavaScript.

HTML is less brittle than an interface written in JavaScript. This feature makes things less easy to break. Moreover, when the view is written in HTML, there is a flexibility to bring in more UI developers. This makes the entire web development process relaxing for the experts from an AngularJS development company.

HTML has one more task; to determine the execution of the app. Special attributes in the HTML determine which type of controllers you can use with each element. These attributes can give a detailed check on “what” gets loaded, but not “how”.

This declarative approach simplifies app development to a greater extent. It does this by implementing WYSIWYG way that states ‘what you see is what you get’. You need to define your requirements. And, Angular will take care of all the dependencies instead of spending time on how the program flows or what must be loaded first.

Angular.js strictly follows the two-way data binding process. This means that any change in the user interface instantly influences application objects and vice versa. When framework encounters browser events, module changes and user actions on the page, it outright updates the necessary patterns.

At the same time there’s no need to store links to DOM elements and directly manipulate them. Hence, the described result come with model state terms and don’t need to use low-level constructions.

Developers takes less time in coding process as AngularJS requires fewer coding. It is a great deal for the developers.

Similar to directives, filters are the stand-alone functions. These have a major function to distill the data before it reaches the view. These are distinct from your app and indulges in certain activities like pagination implementation, formatting of decimal places on a number and even a text string reversal.

It is easy to extend filters by using for services, controllers, templates and directives. This in turn, enhances flexibility at par with bunch of resources. Further, this makes it effortless to tackle a HTML table without any JavaScript.

AngularJS holds plentiful SPA (Single Page Application) features. These make it easy to create and control online forms. It establishes a quick workflow of the whole team and allows the entire process to accomplish easily. As an outcome, developers have more control over form validation abilities.

There are certain parts of the app in Angular.js modules that you can manipulate easily. The module separation gives the comfort to load only the necessary elements to conduct smooth and automatic testing. Above all, if we follow the ‘one file, one module’ pattern, we do not need to worry about keeping module loading order to memory.

Unlike other frameworks, data models in Angularjs are POJO (plain old JavaScript objects). It means you don’t need any additional getter and setter elements to embed Angular with existing data sources. A major benefit here is that it makes you code-free from boilerplate. It allows for easy testing, maintenance, and reuse. Angular models differ a lot from old school data models and carry great dependency on controllers to feed requisite data. We also know them as ‘Scopes’.

It has an added advantage that members of tech giant Google created AngularJS. A number of employees are actively working on this framework. It will become better in the coming future with a simplified web development process. Thus, it simply brings much more flexibility to make the development process easier and better organized. In this article, we have framed the major reasons to opt AngularJS for your next project. The bunch of useful features resides within a single framework.