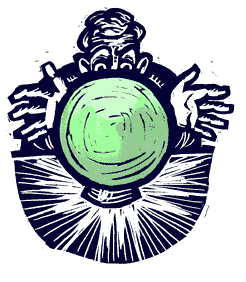 Form Factors: With the rising popularity of Android platform based mobile phones accessibility and affordability, it is pre-requisite to optimize and understand form factors while developing web portal and new web applications. At this end, web portals have to be highly compatible and accessible on the platforms of mobile devices and tablets. As per this new trend, it seems like the myriad form factors will be going to dominate the gadget market in the year 2011.

Cloud-Based Apps: In the 2011 year, web developers are looking forward to awesome collection of powerful newfangled web apps for cloud-based collaborative coding featured with real-time capabilities. Interestingly, these robust development tools have been developed especially by keeping in mind – the hackers.

Sophisticated WYSIWYG Tools: With the New Year, we are just hoping that web development industry will be hit by set of sophisticated WYSIWYG and split-screen (WYSIWYG and code) developer tools. No matters – whether WYSIWYGs become more better or not but it need to be proliferate when it comes to the novice coder and the DIY (Do It yourself) non-coder markets.

Web Security + Higher Standard: In the World Wide Web, web security on the user’s side is the major issue of concern of the year 2010. This year we hope that web developers will be more careful about user privacy controls, web security, data encryption and other related security issues.

Nobody can make a prediction about upcoming web development trends but at least we can think about them. It’s time to move one step ahead and looking to what the coming 2011 year holding for web developers.

you can visit https://www.csschopper.com/ to get more related article and blog stuffs.

PSD To WordPress Conversion: An Ideal Choice for Highly Optimized Website
A Complete Guide on Single Page Application Development
Top WordPress Trends In 2023 That You Should Know