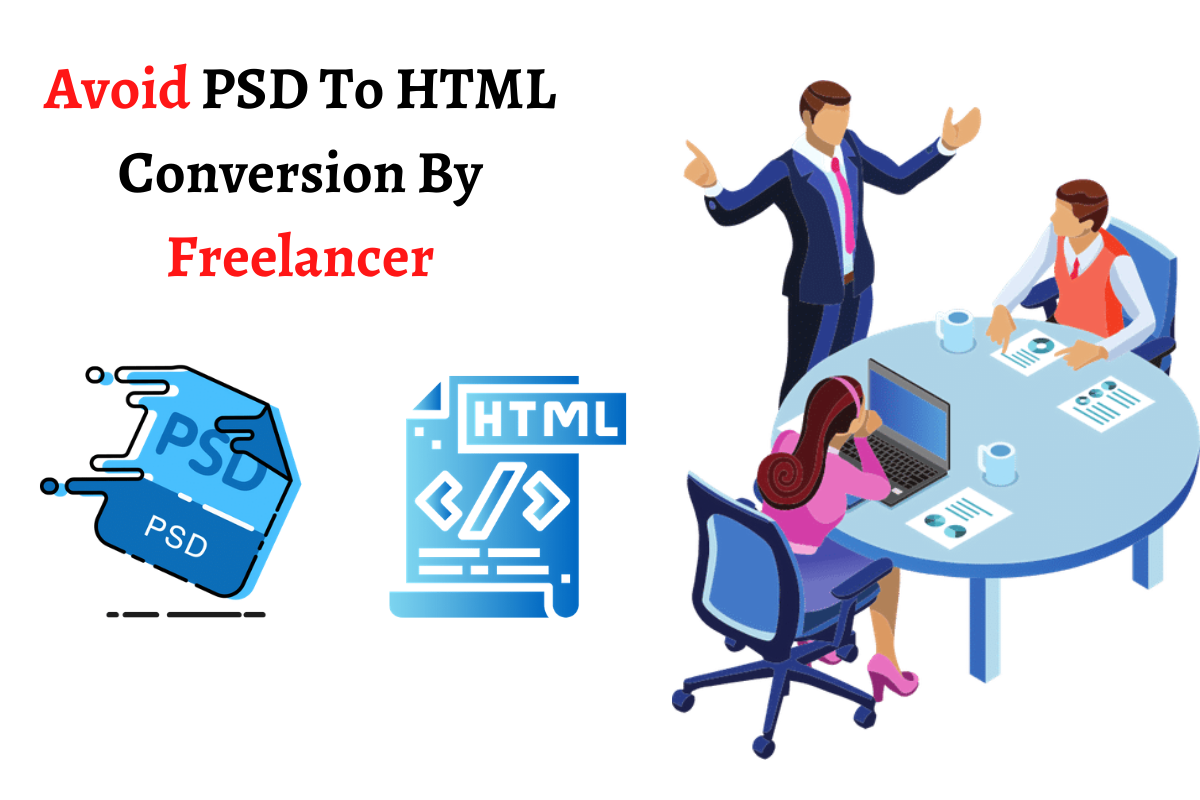 HTML coding is the most important aspect of web development and programming. Since, PSD to HTML conversion is directly proportionate to the accessibility as well as functionally of a web portal and therefore, it demands specialized hands. So, it is advisable to hire HTML developer from a reputed web development company rather than freelancers.

It is the most common problem due to which most of the people avoid hiring freelancers for PSD to HTML conversion. Since most of the freelancers work from their home or other places and there is always a possibility that you have to assign work according to a particular freelancers’ time schedule. This may or may not led to a delay in work.

Another important factor is the privacy. By hiring freelancers for PSD to HTML conversion, there is always a risk of revealing business and personal details to unfamiliar third parties. On the other way round, if a person take aid of freelancer then s/he has to compromise with confidentiality and privacy point of view.

Nowadays, there are numerous web-development companies open to outsourcing their skilled professionals on full-time, half-time, and hourly basis at an affordable cost. So, hire a web developer as per your requirement and get high-quality assurance along with a Non-Disclosure Agreement, 100% customer satisfaction, full customer, and technical support.