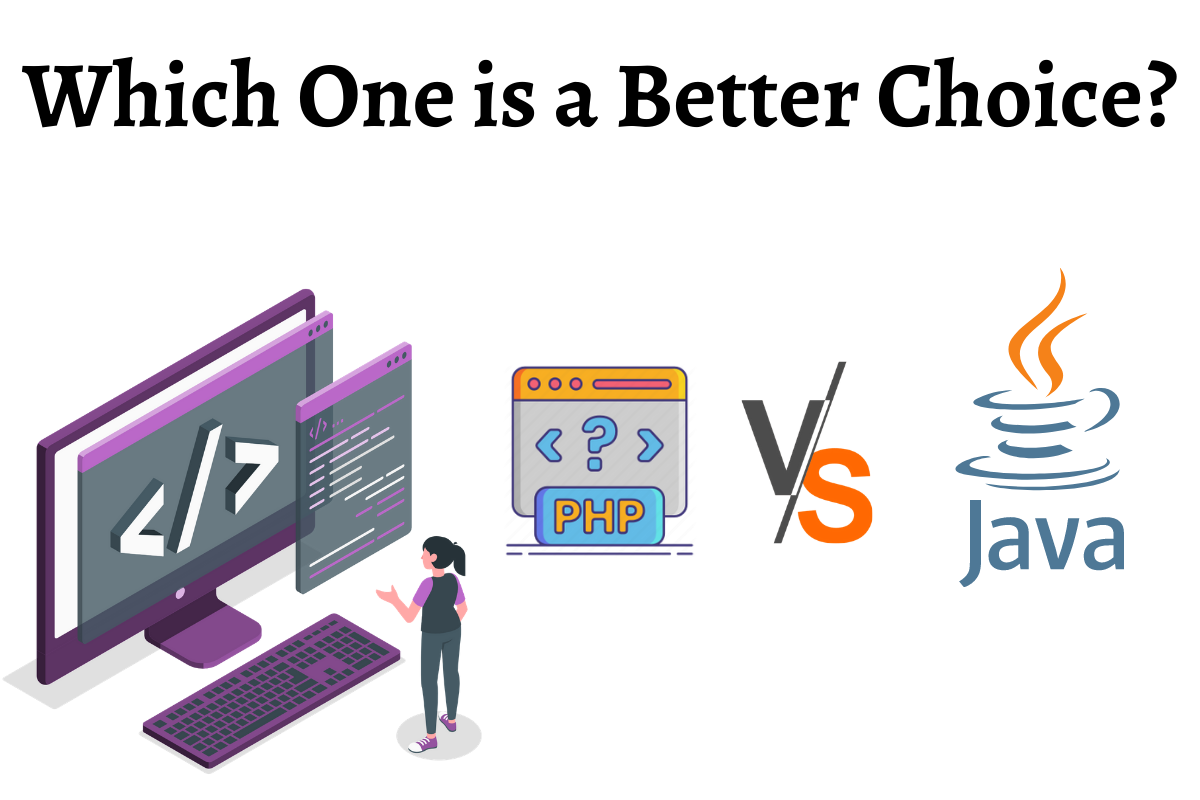 PHP VS JAVA: Which One is a Better Choice?

Java VS PHP has sustained a great fight for a long time. Do you wish to know which of them is a suitable language for your web app? Read this blog.

Compromising on them by making a wrong choice can cost you a fortune. This detailed comparison will help you in making an informed decision. Before comparing them on the aspects of performance, security, and cost, let us check their popularity.

If you will check the statistics then it is quite clear that PHP is outshining among all its counterparts. According to the data of W3Tech, 79% of the websites are developed using PHP. For a better understanding of the market popularity among other entrepreneurs check the statistics of SimilarTech below. 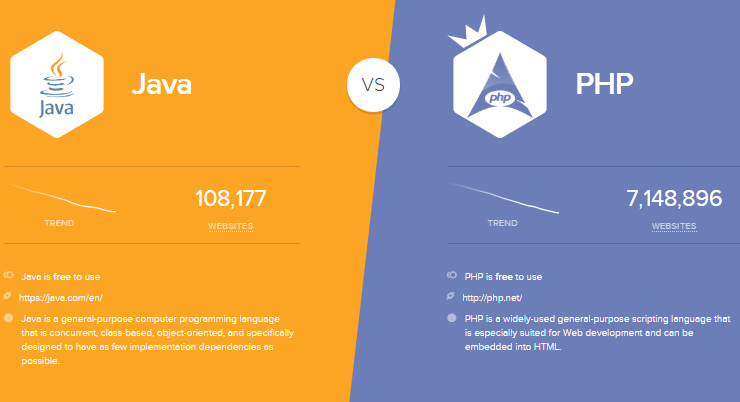 This clearly depicts that people are preferring PHP over Java to create their websites. Does this mean that you should avail of PHP web development services without thinking twice? Anyone would do that but ideally, we recommend entrepreneurs to understand the difference between them thoroughly.

This allows you to make an informed decision. No programming tool is best for every kind of business. So, let us check which one among the Java VS PHP is the right choice for your business:

PHP VS Java: Meaning and Background

PHP is a server-side scripting language that is based on HTML. PHP was launched in 1995 and has survived in the industry incredibly since then. This platform is fast and best for creating dynamic web pages.

PHP provides a range of frameworks that are useful for building responsive websites. These frameworks are swift and highly productive. Moreover, its large community aids in smooth web development and maintenance. Overall, PHP is a cost-effective option for creating sites quickly.

Java, on the other hand, is a server-side as well as client-side language which was launched in 1996. You can create complete web apps with their help. Java offers flexibility for using on the desktop application along with server-side language.

It has a Virtual Machine that improves its speed and makes it perform efficiently on multiple operating systems. Moreover, it offers vast community support that is equipped with talented developers and the best web development practices.

Both of our contestants have a plethora of features that programmers should explore and then conclude to a decision of choosing one. There are numerous other factors that would help you make an informed decision, let’s review a few

On the other hand, Java source code is compiled into bytecode which is executed on a Java virtual machine. JVM is executed by CPU on which Java bytecode runs smoothly.

PHP is a server-side scripting language that is used in web development. Initially, it does not support the object-oriented features but now it supports OOP features as well. Due to this reason, many websites are using PHP as an object-oriented programming language.

On the other hand, Java is a fully object-oriented language that also supports some functional paradigms such as lambda expressions and anonymous functions. These paradigms are important to write some modular applications for software. Because of this reason, many programmers prefer Java to build enterprise applications as it provides the advantages of modern programming.

Here is the comparison between Java and PHP on the basis of the tools they provide to the developers.

Java has stupendous editors such as Netbeans, IntelliJ, and Eclipse which enlarge the productivity of the management of large products. On the other hand, PHP has a plug-in for Eclipse and Netbeans.

Java can be debugged by using all the editors but PHP only debug by using only the Print statement.

In PHP, it uses only files; there is no packaging concept here. On the other hand, Java uses packaging tools such as ANT, Maven, Editors, Web start, and so on.

Although both languages provide so much security to its user PHP lacks some of the integrated security features as compared to another programming language. Hence, programmers have to employ the security features provided by the various frameworks of PHP to protect their enterprise application.

Whereas Java comes with advanced security features, it provides full security to its user. It allows developers to make the client and server exchange data over the secure transfer protocols. For developing website applications or enterprise applications, many developers prefer Java over PHP.

PHP VS Java: Cost of Development

PHP is an open-source programming language that allows the PHP web development company to develop any code without paying any fee. Programmers can use the PHP framework to develop enterprise applications and they can also customize the server-side scripting language according to the need for your enterprise development.

PHP parses the file and outputs the stream for each call. There is no compilation process in PHP. However, in the CGI model, the compilation does not make any sense. Although Java was formerly described as slow JVM is highly optimized with speed: just in time-compilation. Java compiled JSP files and JITs hotspots axiomatically.

The Judgment of This Battle

While concluding all the aspects, it is clear that choosing between these is hare-brained, since both of them have their own flaws and strengths. Both Java and PHP have their own places in the IT industry. PHP web development has an upper hand because of the excellent performance of websites built using PHP.